Words about God and Life for the Attention Deficit Generation

How should the church respond to congregational decline, financial deficits, and vocational shrinkage? The answer is obvious: make ministerial selection more stringent, theological education more demanding, and spiritual formation more exacting. And burn anyone who proposes a managerial or entrepreneurial solution.

The Mothers’ Union, a fabulous organization of enormous integrity, has as part of its raison d’être the responsibility to “promote conditions in society favourable to stable family life.” How true and how necessary. Too often in our culture, the work that is needed to be put into a family is thought of as secondary or incidental or unimportant compared with the work that is necessary to put into employment. Thank goodness for the MU standing against that.

How then to react to an invitation to a Mothers’ Union meeting which includes this sentence?

If this happens to fall on your ‘day off’ then we apologise, but please do take this opportunity to join us and we look forward to seeing you.

Clergy get one day off a week (not a ‘day off’ in scare quotes). Sometimes that might be the only sustained time that they can spend with their families, especially as the ‘day off’ is never a whole weekend, when the rest of society works at family life. The invitation asks for the one day off in a week to be set aside for a MU meeting. How is this putting families first?

According to David N. Livingstone, the historian of science soon discovers that

scientific claims… sound universal but turn out to be situated, theories… seem transcendent but are profoundly embodied. At the same time, the plurality of scientific sites bears witness to the protean nature of science. Indeed, there is much justification for suspecting that the term “science” is an imaginary unity masking the disparate kinds of activity that trade under the label.

The Horror of Gonzo Christianity

Tim LaHaye’s “Bible prophecy” scheme is full-gonzo insane. It’s based on an impossible and immoral reading of disparate scriptures cut-and-pasted into a not-quite coherent timeline of horror upon horror, a timeline that was invented in the 19th Century by fringe heretics and later embellished by profiteering Gantries preying on the gullible.

Jeremy Bowen, the BBC correspondent in Tripoli, reported today on the nature of the pro-Gaddafi demonstrations in the capital:

In Green Square the evening’s pro-Gaddafi demonstrations were starting. They’re always noisy, but their numbers are not big for a city like Tripoli, which has a population of more than 2 million. Regular attendance at the demonstrations leaves you with the impression that only one slice of the population is represented. They are people who share the regime’s world-view— seeing the outside world as hostile, condemning the activities of foreign news networks, especially Arabic satellite channels, blaming foreigners allegedly wanting to steal Libya’s oil, and also blaming Al Qaeda for Libya’s troubles. The anti-Gaddaffi protests are now concentrated on Fridays, after the noon pray. They consider it too dangerous for them to assemble at any other time. The protesters tend to be better educated than the regime’s supporters, often speaking foreign languages, and with university degrees from the West. (Six O’Clock News, BBC Radio 4, 7 March 2011)

In what way does that not describe the demographic of the Tea Party? (even down to blaming Al Jazeera for Libya / America’s troubles!)

Did you really mean to say that? Volume 372

A county council has been accused of over-zealousness in implementing CRB (Criminal Records Bureau). Everyone (it seems) who applies for a job with Swale Council in Kent is required to go through CRB disclosure, including “beach cleaners and leisure centre catering assistants”. CRB checks are intended for people who will be working directly with children or vulnerable adults.

Councillor Mike Cosgrove admitted that perhaps the council has been over punctilious:

“That is a balance which we are continuing to review,” he said. “But I would say that we are doing this in good faith.”

“We want to make sure that those services which we operate which touch children and vulnerable adults are as secure as possible.”

Perhaps you didn’t really mean to say that, Councillor?

The Dialogue between Solitariness and Community

It’s not often that the Acknowledgements page of a book brings one up short, but the first line of John Kiser’s The Monks of Tibhirine1 had that effect on me:

Like Trappist monks, writers do their real work alone, but their efforts are sustained and bear fruit only with the help and support of others.

It immediately wonder if the vocation of Trappist monks, as seen by Kiser, can be extended to all Christians:

Like writers, Christians do their real work alone, but their efforts are sustained and bear fruit only with the help and support of others.

And, if this is so, what is the “real work” of the Christian? 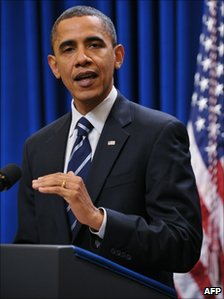 On the BBC radio news this morning was reported the outcome of negotiations between the President of the US and the Republican congress about tax cuts. The president was “forced into a climb-down” to allow Bush-era tax cuts for the rich to continue.

What an interesting use of language… I wonder if it occurred to the news editor that the events could have been equally reported as: “the President negotiated a compromise, as an adult, wanting to see an extension of unemployment benefit to continue…”

Of course, that won’t fit in the media’s obsessive need to see politics and society as a zero-sum game, where there are only “winners” and “losers”, there is no such thing as adapting to circumstances, setting priorities or making the best the enemy of the good, but only “u-turns”, “defeats”, “dramas”, “twists”, and “humiliations”.

We live in a world which is entirely “soap-operaised”, and both our political discourse, and our ability to debate, evaluate and act, has been (almost) fatally compromised. And we can’t imagine it any other way, for after all, lege dicendi, lex credendi — the law of what we can say determines what we are able to believe.

… where filmic conventions operate … , we find what is true of many popular films – a consensus that traditional religious faith is deeply untrustworthy and to be placed at the margins of culture if not rejected altogether.

After a Social Networking Greenbelt…

… will the same happen in the parish church?

Theme by Anders Norén — Up ↑